Some years ago I left a meeting at Emerson. We discussed their need of a Plant Manager for one of their divisions. On my way back I called Lubos and he thought he would have at least three excellent candidates for this position. When I came back in the office he had already contacted two of them and they were very enthusiastic about the position. The next day Emerson received three excellent candidates. Within two weeks Emerson was able to hire their Plant Manager.

And usually when I called Lubos for management vacancies in Production and HR Lubos was able to provide matching candidates within a couple of days. How did he do this?

Very simple, though it requires commitment and discipline.

Lubos conducted at least 20 interviews per week, all within his specialization of Management in Production and HR. He did interviews with as many candidates as possible, whether he had vacancies for them or not. So instead of waiting to start with looking for candidates the moment a vacancy appears he took a pro-active approach. He interviewed all possible candidates before a vacancy so that when the vacancy appear 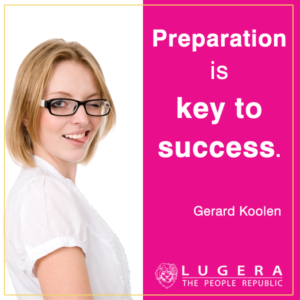 ed he already knew his candidates.

This means that you organize all your recruitment work around doing interviews. That you decide that interviews come first, all the rest follows.

This was how Lubos did recruitment, and I guess you guess he was a great recruiter… Permanent placements of management vacancies of more than 6 per month!